Today I happened to visit my own website, geekonaut.de and noticed a few interesting glitches on my page:

The first thing to do was to go to the devtools and inspect the elements:

So the 3D transforms aren't doing too well on my trusty linux laptop. I've not seen this problem with Chrome. Then again, graphics can be wonky on Linux, so I double checked with my OSX machine to find that it's indeed a compatibility bug between Firefox and Linux in my case.

Also for some reason Firefox required me to put an overflow-x: hidden into an element that is styled to be width: 100vh and displayed as such. No biggie but something I'll investigate further as I can't fully explain it yet.

Nothing to see here (now)

Another issue happened after visiting the great A Week of A-Frame 64: 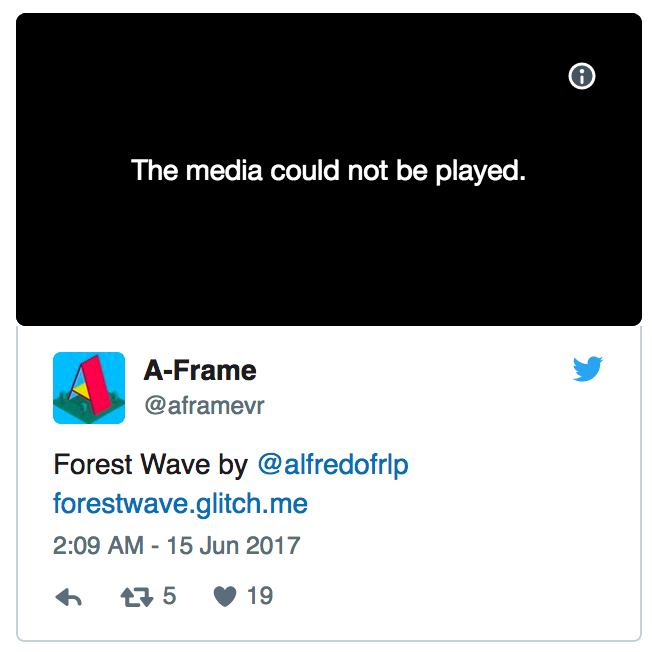 I don't know what that was, but at least it was temporary. I checked back a few hours later (with nothing having changed - same laptop, same WiFi, ...) and it worked. There were no problems with playback at any time in Chrome.

Update: I'm being told this is an intermittent issue on Twitter's end.

I can't say the same about the Forest Wave demo, though. It just never worked in Firefox. The music played to a blank window: 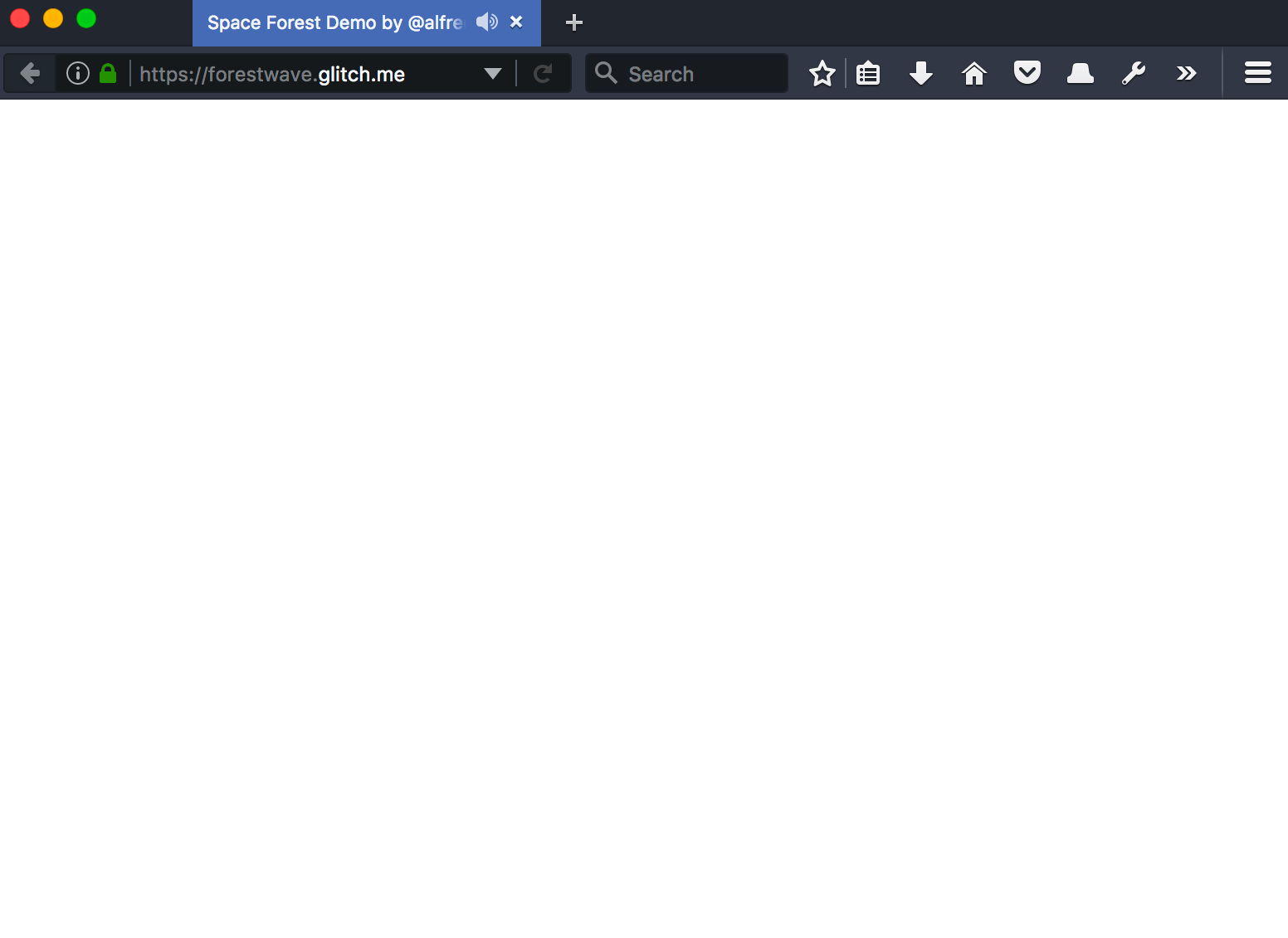 Again, Chrome was having no problems. A look into the developer tools offered this:

The interesting thing is: That demo doesn't work in Safari either - but works fine in Chrome.
I won't chalk this one up against Firefox, even though from a user's perspective it's not working in Firefox but in Chrome it does. This also goes on my list of "what's up here" investigations to find out what the root cause is here. I'll post my findings (if any) in a later episode.

There's been a very positive discovery though: While Facebook messenger forces me to install the app when running Chrome on Android, Firefox has no such problem.

In Chrome there's a way around but it ends up with a ridiculously bug-ridden version of the messenger for me:

Even after that dance, I struggle with disappearing words as I type and other fun.
In Firefox, I can use the FB messenger without problems again

I have seen a few weird glitches and a cool discovery today. So far I'm still having a pretty good feeling about this journey - let's see how it will be tomorrow!