Today I thought that it's a good time to take things for a test drive. 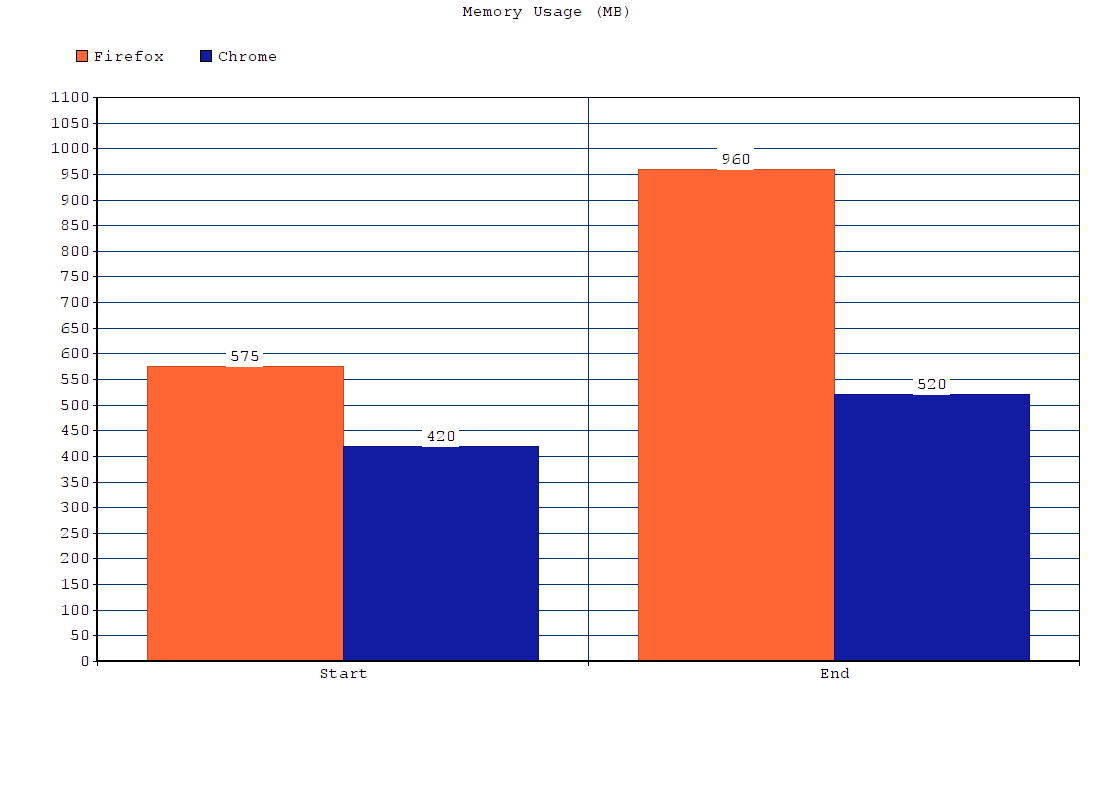 I don't know about the marketing graphic Firefox has distributed, but it doesn't reflect what I'm seeing on my Linux laptop, unless my method is wrong:

Also: Your milage may vary, I guess.

I had the feeling that pages load a little slower in Firefox, but in a series of tests I couldn't find significant differences.

I consider the 0.2 seconds (respectively "sub second" variations) noise rather than actual "signal".

That, to me, means that memory-wise Firefox 54 isn't outperforming Chrome apparently and the pages load pretty much as fast.
As E10n ("Electrolysis"), Firefox's multiprocess rewrite, is pretty young we might see further improvements in the future.